‘A completely unbelievable story told with such a spellbinding logic that you feel the same thing could happen to you tomorrow’: this was Alfred Hitchcock’s description of the work of Edgar Allan Poe. It could equally apply to Vertigo, a tall story about a detective (James Stewart) who becomes the dupe of an elaborate murder plot involving an old college friend (Tom Helmore) and his mysterious wife (Kim Novak). At the beginning of the film, Stewart has a vertigo seizure that leaves him clinging for life whilst yearning for oblivion; and this sets up the swoops and falls of the film’s physical and emotional landscape. The narrative spirals rather than develops, and Bernard Herrmann’s fabulous score weaves an incredible web of yearning, as love and hate, life and death contend for supremacy. James Stewart’s extraordinary performance represents masculinity at its most tormented and oppressive; and, with unbearable poignancy, Kim Novak projects femininity at its most alluring yet vulnerable. Dismissed on its first release as a botched suspense thriller, Vertigo is now widely recognised as a masterpiece of romantic obsession. It is Hitchcock at his most personal, profound, perverse and poetic: how could it not be one of the greatest films ever? 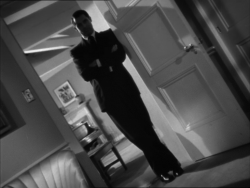 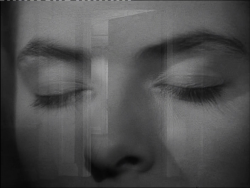